Reversing Babel: Translation among the English during an Age of Conquests, c. 800 to c. 1200 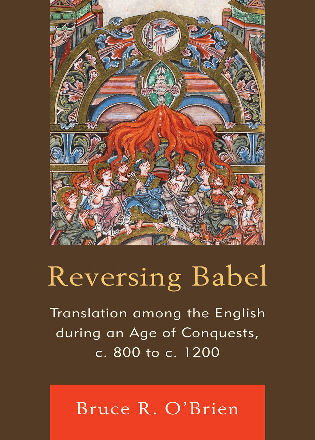 Reversing Babel: Translation among the English during and Age of Conquests, c. 800 to c. 1200 (Newark, DE: University of Delaware Press, 2011)

This book starts with a small puzzle: Why did the Normans translate English law, the law of the people they had conquered, from Old English into Latin? Solving this puzzle meant asking questions about what medieval writers thought about language and translation, what created the need and desire to translate, and how translators went about the work. These are the questions Reversing Babel attempts to answer by providing evidence that comes from the world in which not just Norman translators of law but any translators of any texts, regardless of languages, did their translating Reversing Babel reaches back from 1066 to the translation work done in an earlier conquest-a handful of important works translated in the ninth century in response to the alleged devastating effect of the Viking invasions-and carries the analysis up to the wave of Anglo-French translations created in the late twelfth century when England was a part of a large empire, ruled by a king from Anjou who held power not only in western France from Normandy in the north to the Pyrenees in the south, but also in Ireland, Scotland, and Wales. In this longer and wider view, the impact of political events on acts of translation is more easily weighed against the impact of other factors such as geography, travel, trade, community, trends in learning, ideas about language, and habits of translation. These factors colored the contact situations created in England between speakers and readers of different languages during perhaps the most politically unstable period in English history. The variety of medieval translation among the English, and among those translators working in the greater empires of Cnut, the Normans, and the Angevins, is remarkable. Reversing Babel does not try to describe all of it; rather, it charts a course through the evidence and tries to answer the fundamental questions medieval historians should ask when their sources are medieval translations.

God's Peace and King's Peace: The Laws of Edward the Confessor 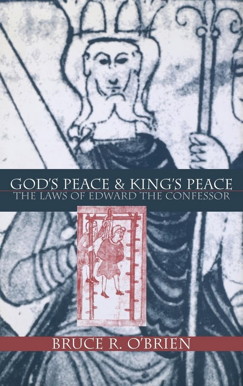 God’s Peace and King’s Peace: The Laws of Edward the Confessor (Philadelphia: University of Pennsylvania Press, 1999)

Sometime before the middle of the twelfth century, an anonymous English writer composed the Leges Edwardi, a treatise purporting to contain the laws that had been in force under the Anglo-Saxon King Edward the Confessor (1042-1066), cousin of William the Conqueror. The laws were said to have been spoken to William shortly after the Conquest by “English nobles who were wise men and learned in their law,” recounting “the rules of their laws and customs” for the invading Norman king. When they had finished, the king wondered whether it might not be better for all of them to live under the law of his Viking ancestors; the English, however, protested that they preferred to live by their own preconquest laws. The king acquiesced, and thus, goes the story, were the laws of King Edward the Confessor authorized.

Looking through the lens of this important—if spurious—treatise, God’s Peace and King’s Peace offers the first ground-level view of English law during the century in which the common law was born. Bruce R. O’Brien compares the Leges Edwardi to other memorials of legal policy and practice from before and after 1066, in both Normandy and England, and advances conclusions about the treatises’ reliability on specific points of law. He also shows how the Laws of Edward the Confessor, taken as a record of English law at the conquest, came to be used as authoritative evidence behind the Magna Carta that the king was under the law, and how it was eventually declared a notorious forgery by seventeenth-century antiquaries and Enlightenment historians.

Textus Roffensis, a Rochester Cathedral book of the early twelfth century, holds some of the most significant texts issued in early medieval England, ranging from the oldest English-language law code of King Æthelberht of Kent (c. 600) to a copy of Henry I’s Coronation Charter (5 August 1100). Textus Roffensis also holds abundant charters (including some forgeries), narratives concerning disputed property, and one of the earliest library catalogues compiled in medieval England. While it is a familiar and important manuscript to scholars, however, up to now it has never been the object of a monograph or collection of wide-ranging studies. The seventeen contributors to this book have subjected Textus Roffensis to close scrutiny and offer new conclusions on the process of its creation, its purposes and uses, and the interpretation of its laws and property records, as well as exploring significant events in which Rochester played a role and some of the more important people associated with the See. The work of the contributors takes readers into the mind of the scribes and compiler (or patron) behind the Textus Roffensis, as well as into the origins and meaning of the texts that the monks of early twelfth-century Rochester chose to preserve. The essays contained here not only set the study of the manuscript on a firm foundation, but also point to new directions for future work.  My contribution, “Textus Roffensis: an Introduction”, can be found here. 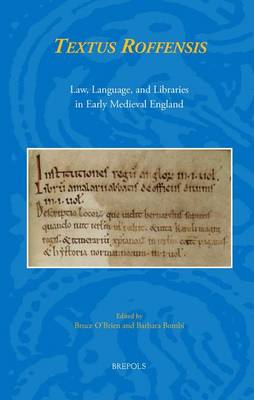